Title: Two of Us
Rating: G
Word count: 889
Summary: My father was the best man I've ever known.

A/N: I've been out of SPN fandom for years now, but that finale just brought back everything I loved about the show and I suddenly had the urge to write again. Who knew?! Unbeta'd trash. Title from the song by Louis Tomlinson.

It's been so long since I did more than a random gif at once I almost forgot how! Anyway, the Season 11 Gag Reel was put on YouTube and so I was moved to make a few gifs - I used to gif the whole thing but these days the lovely tumblr people get the gifs out lickety-split so I don't have to! Here's a few moments I needed gifs for though.

fiercelynormal at THANK YOU!
Thank you so much to everyone who participated in the fundraiser for Zika! Thanks to your efforts we raised $460 to help people affected by Zika, and also spread some awareness about the disease and the importance of prevention. We also had some fun and have ensured that some more fanworks will be created. We win, so we win! 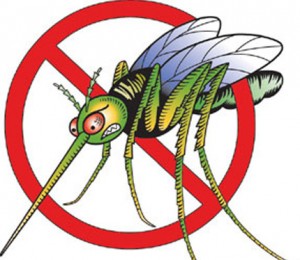 Zika is a blood-borne virus, transmitted by mosquitos. There are also cases of sexually-transmitted Zika virus, and it is assumed that transfusion of infected blood will also transmit the virus.

What does Zika do?

While symptoms of initial infection are usually very mild, flu-like symptoms, studies have shown that Zika virus transmitted from the mother can result in a condition called microcephaly (smaller than normal brains/skulls) and other birth defects in newborns. There has also been a demonstrated correlation of Zika virus to increased reports of Guillain-Barré syndrome, an uncommon sickness of the nervous system, in adults. It is unknown exactly how long the virus remains in the human body.

How is Zika treated?

There is currently no vaccine to prevent or medicine to treat Zika virus.

What areas are affected by Zika?

The current outbreak originated in Brazil in 2015, and has since spread to all other Central and South American and Carribean countries, as well as Hawaii. It is expected that as summer progresses the virus will spread to mosquitos in the Southern US from people who have travelled to affected countries and are subsequently bitten by mosquitos at home.

How can I avoid Zika?

The risk of transmission of Zika can be reduced by the use of commercial mosquito repellents (especially those containing DEET), and practicing safe sex with people infected with the Zika virus. To reduce the risk of birth defects, health professionals are recommending that women not become pregnant for at least six months after exposure to Zika.

*http://www.cdc.gov/zika
What can Fans Care do?

Fans Care will run a fandom auction to raise funds to donate to specific charities who are combating the effects of Zika. The charities which will receive the funds are helping through education of locals, sanitation, assistance with mosquito reduction programs, provision of mosquito nets and other barriers, and research into treatment.

How does the fundraiser work?

There will be three posts made:

"Payment" for auction and Buy it Now items will be proof of donation to one of the specified charities sent to fiercelynormal@gmail.com (you may block out identifying information). If you didn't see anything you wanted to bid on but still want to help raise funds, send proof of donation and it will be counted in the fundraiser total!

What charities are supported?

The following charities will be supported by this campaign. Note that there are few specific campaigns for Zika but each of these charities is assisting in Zika-affected areas with prevention and relief efforts. If no specific campaign is listed, choose a general disaster relief fund if possible.

If you know of other charities please respond to this post and it will be considered for addition to the list.

How can I help?

You can help by promoting the community, donating merchandise or fanworks, or bidding on the items offered in the auction.

When is the auction?

Summary: When the Alpha of the Greenbriar Pack dies suddenly, Jared Padalecki gets more than he expected in his friend's will.

Author's Notes: I wrote this years ago for

spn_xmas under another name. Figured I'd post it here so all my stories are in one place!

It was such an amazing year for J2 (seriously, has there EVER been a better year??), that I wanted to put it all together in one place to look back on over and over...and over again. So I built a Storify of as many tweets, posts, gifs and vids as I could handle. Hope you enjoy!

Title: The Bright Side of the Road
Artist

fiercelynormal
Movie Prompt: Willow
Pairing: Jared/Jensen
Rating: PG-13
Word Count: 7700
Summary: Armed only with his sword and two irritating creatures named the Chads, Jared Padalecki must rescue a very special baby from King Mark's evil plotting. If only he didn't have to go through Jensen Ackles to do it.
Notes: Tile from the Van Morrison song of the same name. Written for

lightthesparks for her INFINITE patience and amazing art; I was so thrilled to get to collab with her. Also to my girls,

dugindeep for helping keep me pointed in the right direction and

tebtosca for the last-minute beta!

For some reason I thought I'd made a post of gifs from the Mockumentary when it first came out. Oops? Anyway, here are a couple I made including some from the new footage! (Ok, they're mostly Divalecki because I adore him. Sue me!)

petite_madame for all that she does for fandom. As a result, a comm called

to_pm_with_love was created. I had the distinct pleasure to create art as a companion piece for a wonderful fic written by

Title: It's No Better to Be Safe Than Sorry
Pairing: Sam/Dean
Rating: PG
Summary: Based on the iconic "Take On Me" video by ah-ha! Dean's trapped inside a comic book, and Sam won't stop until he finds a way to get him out.

Fic Link GO READ THIS STORY!! (BECAUSE THE ART MAY BE SPOILERY, YO!) 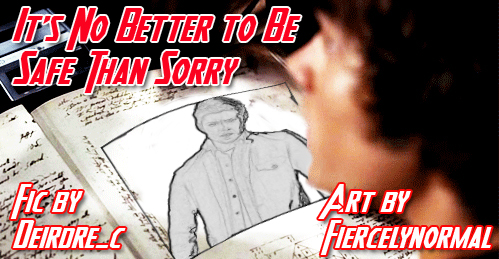